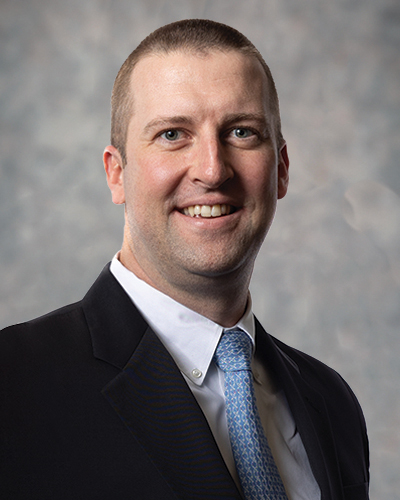 Dr. Stuhlman was raised in Fort Worth, Texas, and attended North Crowley High School. In 2003, as the starting quarterback, he helped to lead the North Crowley Panthers to their 4A Division 1 State Championship. Dr. Stuhlman went on to graduate summa cum laude from Texas Tech University with a Bachelor of Science degree in cell and molecular biology. He received his Doctor of Medicine degree from Texas Tech University Health Sciences Center, where he was inducted into the prestigious Alpha Omega Alpha Honor Medical Society and The Arnold P. Gold Foundation Gold Humanism Honor Society. Dr. Stuhlman was also recognized as the most outstanding student in orthopedic surgery.

After medical school, Dr. Stuhlman completed his orthopedic surgical residency at the world-renowned Mayo Clinic in Rochester, Minnesota. Ranked the number one overall hospital by U.S. News & World Report, Mayo Clinic is considered one of the most distinguished orthopedic training programs in the country. While there, he received extensive training in both sports medicine and joint replacement surgery. He also learned some of the most advanced and cutting-edge techniques in shoulder, hip, and knee replacement surgery from many of the prominent leaders in the field. In addition, Dr. Stuhlman trained under the team doctors for the Minnesota Timberwolves (NBA), the Minnesota Twins (MLB), and USA Hockey. He was elected to serve as administrative chief resident, and he was honored with the prestigious Joseph M. Janes Award, a peer-nominated award for demonstrating surgical mastery, compassionate patient care, and earning the highest trust and respect of his peers and mentors at Mayo Clinic.

Following residency, Dr. Stuhlman was awarded a combined sports medicine, shoulder, and elbow fellowship at OrthoCarolina. During his fellowship, he served as the assistant team doctor for the Carolina Panthers (NFL), the Charlotte Knights (AAA affiliate of the Chicago White Sox), and Hendrick Motorsports and Joe Gibbs Racing (NASCAR) as well as numerous colleges and local high school teams. He has also authored multiple publications in peer-reviewed journals and presented his research at the local, regional, and national levels.